The video went viral on Tuesday, but the story behind this Marine Vet is truly inspiring.

Many people run races for a charity or someone whom they love or care for very much.  The Boston Marathon allows many entrants from various charities who can then raise tens of thousands of dollars.

The story of this Marine Vet is moving because he simply wouldn’t give up his quest to cross the finish line no matter how much he was hurting.

The 31-year-old Marine vet told the Record-Courier that he entered the Boston Marathon in honor of three comrades who lost their lives in an IED explosion in Afghanistan in 2010.

It was an IED explosion he survived.

“Survivor’s guilt, it’s real,” Herndon told The Washington Post. “I definitely have it because I was the lead machine-gunner on that convoy and I didn’t see that bomb that was buried. I live with that every day.”

A veteran of the wars in Iraq and Afghanistan, Herndon deployed in 2010 to Marjah, Afghanistan, with the “Lava Dogs,” a nickname for 1st Battalion, 3rd Marines, headquartered out of Hawaii, the Record-Courier reported.

During that deployment, Herndon’s unit struck three IEDs, the first one claimed the lives of two friends Mark Juarez and Matthew Ballard, and a British journalist Rupert Hamer, according to the Record-Courier.

The third strike tore through Herndon’s Mine-Resistant Ambush Protected vehicle, launching him from the the gunner’s turret and knocking him unconscious, the Record-Courier reported.

“I went from being in a war zone one day to trying to live a normal life the next day. We were going on three or more missions a day, constantly on guard and when I got back home, I was still in that mode. I never will be able to get over it, I don’t think, but I am coping. I am trying to get rid of the demons,” Herndon told the Record-Courier.

During the race, Herndon wore the names of the three who lost their lives in the Afghanistan IED blast on the his shoes, according to a Facebook photo.

According to race statistics, Herndon completed the Boston Marathon in three hours and 38 minutes and finished 11,334 overall.

“There’s a reason why I’m here,” he told the Post. “I’m just trying to find out what that reason is for.” 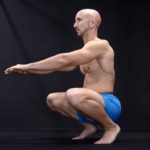 Mobility & flexibility are good for runners because of the need to be able to move through normal ranges of motion required by running, so you can … END_OF_DOCUMENT_TOKEN_TO_BE_REPLACED 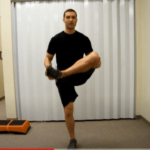 The following video serves as a guide to completing Dynamic stretching for runners. This type of stretching improves mobility, flexibility and can … END_OF_DOCUMENT_TOKEN_TO_BE_REPLACED 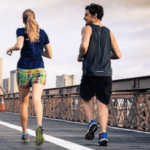 If you’re reading this post, you’re probably a runner & already have an appreciation for the benefits of running. However, my guess is that you … END_OF_DOCUMENT_TOKEN_TO_BE_REPLACED 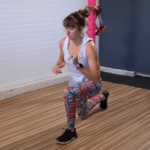 In the video below, they show some tough bodyweight exercises that will definitely improve endurance. This isn’t a dumbbell workout (completing each … END_OF_DOCUMENT_TOKEN_TO_BE_REPLACED 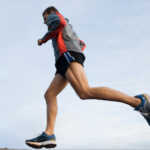 Traditional thought is that when training for a half or full marathon, your weekly long run should comprise no more than 33% of your weekly mileage.   … END_OF_DOCUMENT_TOKEN_TO_BE_REPLACED